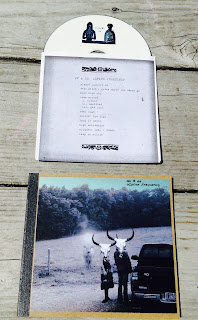 feel the music, feel the gravitational pull. no one takes you there like MV & EE on Child Of Microtones, often copied -> never duplicated. quality jams since 1999 and before/after prehistoric future. don't be duped, ride pure land. this is C.O.M. 44! 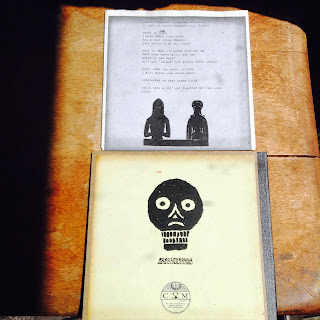 "Matt Valentine and Erika Elder have been cutting new synaptic pathways through brainic underbrush since before most people became capable of breathing air. That said, their albums (many of which are CDR only issues on their own Child Of Microtones imprint) often have a specific delirious blueprint, designed to shift only a certain batch of molecules and/or air into forms that translate into music. Such is not the case with Alpine Frequency. This lazily explorative 2LP set was sewn into a whole from various tattered swathes of sound, pieced together like the jeans Neil Young wore on the cover of After the Goldrush.
A Spectrasound production, AF includes appearances by a vast array of MVEE enablers of all known periods — PG Six, Mick Flower, Rafi Bookstaber, Jeremy Earl, Doc Dunn, Spanish Wolfman, and many others emerge from time to time, making sure the water is just right. And it is. Like a very good Dead set, the music here moves from overtly abstraction to melodic focus and back like the tracking shots Monte Hellman used in the film version of Charles Willeford’s Cockfighter. But unlike the Allman Bros. (who were extras in the crowd scenes at Hellman’s staged cock fights), MV&EE don’t do anything to placate the squares. Their trip is as deep, dark and flowing as a bushel of burning VT weed. Their music sucks you into its vortex (if it allows you in, of course) and then just carries your ass right through to the finish line. All you have to do is get up now and then to change the records.
This here outfit (in all its many guises) has put out a lot of great music, but Alpine Frequency feels like a real achievement — a shorthand essay about all that has gone before it. A beautiful capsulization, ready to float onto your ear’s tongue, to melt once and for all. Dig it."
-Byron Coley 2015 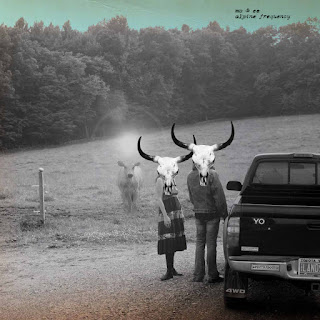 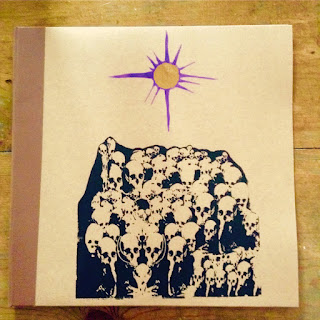 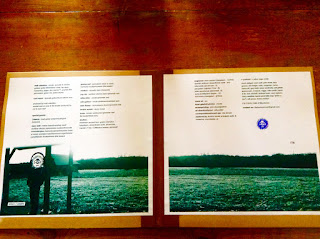 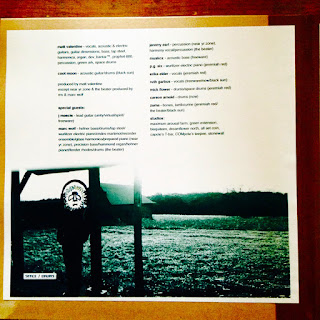 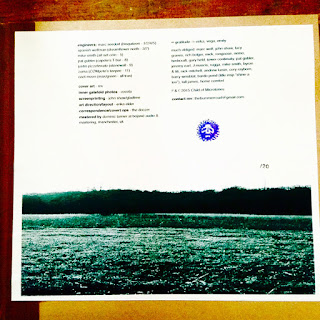 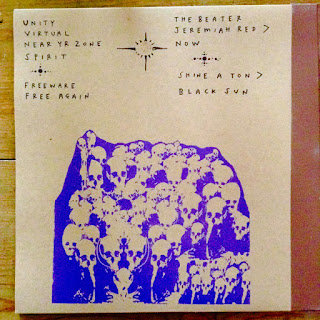 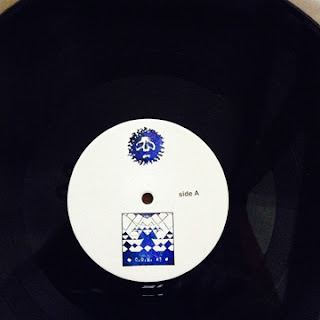 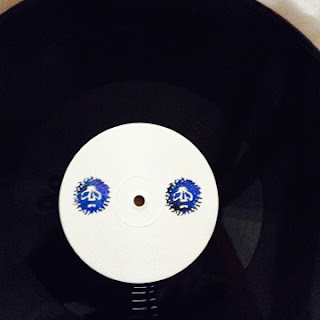 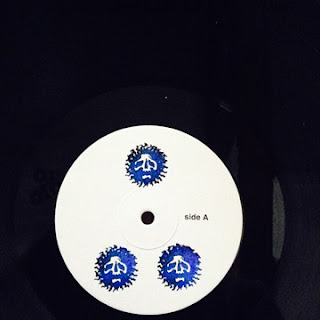 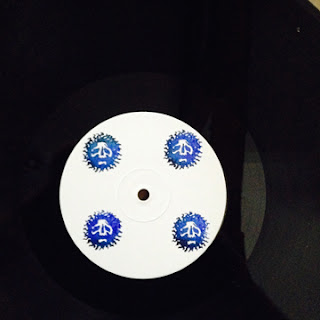 while supplies last
we only have a few of these left for sale...