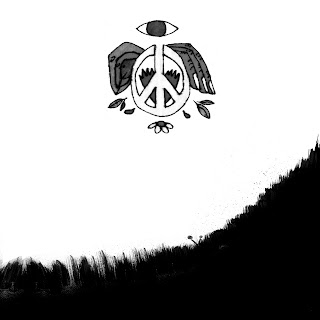 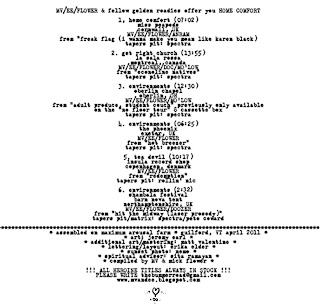 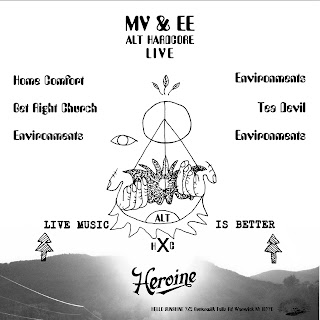 hey now!
workin' on a variable plethora of sonics toward a new LP/COM harvest. gettin' close and going into final stages of production this week on the "april flower" box. sweet things take time and it is startin' to feel like harvest season. dig erika doing some vocals maximum arousal farm style. 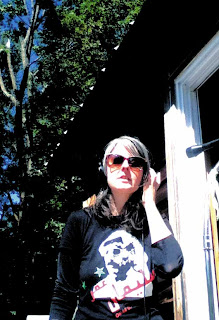 p.s. for all you pioneer valley heads, we're doing a gig this thursday sept 22nd in brattleboro. pass it on...

yet another new show added, more rollin' in soon...

howdy folks,
we were bummed that we had to cancel the last show of the tour in hudson, NY due to the hurricane. hopefully we will reschedule this fall.
PLEASE GET IN TOUCH if you can help with gigs/would like to present a show in november. we will be going out on the road and would like to route around the following dates. for now, upcoming shows are as follows: